Apple’s WWDC 2015 – Roundup of Everything New

If there is one annual event for the programmers which everyone looks forward to, it is the Apple’s Annual Worldwide Developer’s Conference. This year, the stage was set up in San Francisco, with Apple coming up with some extravagant announcements like the new Apple Music, iOS 9, WatchOS 2 and the OS X El Capitan. Here is a sum up of all the new things that were announced at the WWDC 2015. The Birth of iOS 9

Between all the new apps and services getting the major chunk of the news coverage, there is one thing which glues everything together, and that’s the Apple’s latest operating system, iOS 9. It is already being popularly termed to be a “proactive” system, which learns from your behaviour and works accordingly. Plus, our very own ‘Siri’ has just got smarter. It now suggests the contacts you may want to call, the apps which you may want to use at a particular time of the day, and all the latest news that you may want to be updated about. In addition to all this, Spotlight has become more powerful, as it can now search within apps and do basic math as well. And good news, Apple Maps has finally got the public transit maps feature!

And as if everything above was not enough for iOS 9 alone, it promises to give a whole new multitasking experience in working with the iPad.

The latest OS X 10.11 is also here, and it’s named El Capitan. Apple has tried to provide improvements to the Yosemite OS, which came last year. The users of El Capitan will have new Spotlight features at their disposal, with Mission Control capabilities. It will now be able to feature tabs; drop programs easily to different windows; and features the all new split-screen app feature. And then there’s Metal, which is the optimizing tool for the mobile processors, which promises to give El Capitan a performance boost.

It’s been less than 2 months that the Apple Watch was launched, and voila! It has its first big update already. It comes with a new operating system, WatchOS 2 and has more options for creating photo watch faces, weather forecasts and future appointments (the “Time Travel” feature). Most importantly, the Apple Watch now also will have its own native apps, instead of using the apps linked with the IPhone.

Beats Music is out, Apple Music is in! Perhaps the biggest announcement of the conference, with Apple sending out a clear message that it wants to own everyone’s music experience. Apple Music will come to the Apple devices at the end of this month, at $9.99 a month after a 3-month trial period. It will give the users an access to a whopping 30 million soundtracks. In addition to the search feature in “My Music” tab and recommendations in the “For You” tab, it will have the “Hot Tracks” and “Recent Releases” on your device within no time. Also, you can ask your very own Siri to “play the top songs from 1982”, as it will work contextually with Apple Music.

Interestingly, it will not only be available for the Apple devices alone, but also to the Android smartphones running software from Google!

The basic improvement in Apple Pay is that now it will be available for use in more places. The service would be coming to the United Kingdom this July, in 250,000 locations. There is increased support for credit, debit and loyalty cards. Also, the Apple’s Passbook has a new name–Wallet! Apple has estimated that this market is likely to process $67 Billion worth of sales in 2015, expecting it to surge to $142 Billion by 2019.

The News App, which has replaced the “Newsstand”, can essentially be called a combination of Flipboard and Facebook articles. It lets you read all the articles from all types of publications–including news outlets like that of ESPN, Bloomberg, New York Times and the Atlantic etc. News is set to roll out firstly in US, UK and Australia.

Furthermore, enhancements were also announced to Swift, which was designed as a programming language to save time on the development of faster apps. Swift will be made open source this year, which will turn it into an essentially free and customizable type of software.

The latest improvements in iOS 9 also extend the battery life of your device by more than an hour. There is also a new “Low Power Mode” feature, which can help you extract about 3 more hours of battery time when you are in need.

With all the above mentioned updates set to rock the mobile device market in the near future, we can expect Apple to bring out more, as it always does. The current WWDC didn’t feature anything related to the updates for Macs or a new larger iPad. It remains to be seen how all these latest announcements fare for Apple. 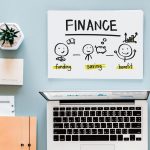 How To Get Funding for Your Mobile App?