How engaging is your Google Play Store page for your app? Google Play Store is the first place where you often interact with users who have downloaded your apps. So, wouldn’t it have been great to know how well you’re doing when it comes to visitor engagement?

Till now, it was difficult to get an accurate measurement. Well, not any more.

Google has worked hard on making the Google Play the best app store over all platforms. In recent years, it has become more innovative and taking steps that help evolve the Android marketplace.

Currently, it is focusing more on developing a feature that not only helps developers but also helps Google to get the best apps on their market. They have already changed their app screen rules few months back, and they introduced a new feature where the user can register for apps before they are made available. Hence, the evolution of Android looks bright.

What is A/B testing?

According to reports, Google is planning to offer Android app developers more flexible Google Play functionalities. It will allow apps to display different icons, descriptions, and even prices for users. At Google, I/O conference, which is scheduled for May in San Francisco, the company is expected to come out with announcements regarding some new features for its Google Play app store. 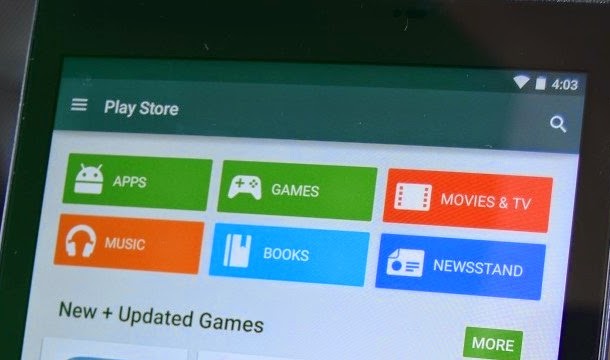 Among these is A/B testing feature. This will allow developers to test their apps profile page in the store. This page will be viewable for users but cannot be installed.

It is a powerful tool to have for any developer. One can test the apps a number of times in a controlled environment, but they can not know the reaction of the user until the app is on the market. Now developers and app entrepreneurs will be able to present their app to the user.

Though users may not be able to install it, they will be able to read its description, features, and see what it would look like. They will be able to post a review based on the profile view. For developers, this review and reaction would be of great value, as they will not what their users thing and what they aspect.

A/B testing is available from startups like SplitMetrics and StoreMaven. They direct the potential user to mobile web pages that look similar to app store pages. These services then collect the information of user behavior through the use of various icons, screenshots, descriptions, and videos. As developers are creating two different profile pages, this allows them to know which software version is getting reviews that are more positive.

How does it benefit app developers?

This new features does create huge benefit for developers. Not only developers but Google will be able to improve the quality of apps it has on its market place.

– This feature may be small, but it solve the long time pain that developers had as it will increase the rate at which mobile owners download the app after its release.
– The quality of the app will be improved, as the developers will know the errors and changes required based on the reaction of the users.
– It will serve as a good marketing strategy as they will know which version works better. Moreover, the user can read all about the app, generating interest even before the app is released.
– Monitoring the user engagement will allow developers to put forward their best product for their user base. This saves lot money and effort on the developer’s part.
– Developers will test out the profiles with things like, images, vides, icons, and prices. Just like apps profile page. They would be able to create better conclusion based on the performance of the profile pages.
– They will test out very small aspects of their app. Like changing, the color of the icon to see which color attracts more users. Changing the price of an app. Adding app preview or live action would be really helpful to create curiosity among the users.
– They will be able to target users based on the geographic locations and offer the respective version to that location.

Can you use it?

Currently, this freedom extends only for Google Play listings. Apps itself will remain same even with user that downloads it. Though testing features have benefits they may seem odd and could backfire for developers.

For instance, if developers quote a price that is high for an average user, it might already lose the users at the testing level without user experiencing the value app might add. This is huge marketing dilemma for any developer. Despite such few dilemmas, many developers might welcome this development.

Google has plenty in his bag and looking to have an extensive agenda in coming times of its I/O. It’s competition Apple store currently do not have any answer to this interesting developments from Google. They seem behind in the race at present. Well, more will be uncovered during the event on May 28th – 29th at Moscone Center West, San Francisco, California.