How To Develop Saleable Android App?

With a flood of Android apps floating around in App Stores, as an Android development company you may feel crushed under pressure. To merely build the right app is not enough. A good app meets its fate when it is marketed and promoted well to the right audience. Else, it maybe be short lived or won’t even get noticed.

There is no concrete science on how to promote your Android app to make the desired profit. It’s more about knowing, the right market for your app, the places where users are more likely to be found and problems they wish to solve. 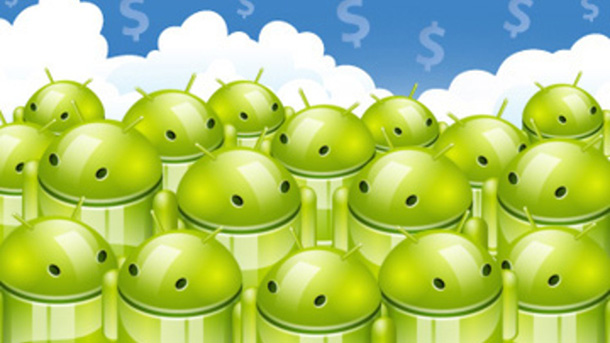 Here let me share with you 3 ways to make money from your Android app:

If your app does not belong to the gaming genre, then it has high chances of making revenue from advertising model. Non-game apps do not do well with Freemium model. Even if your app has to be served free, it can still make revenue from the quality of user-engagements.

It is best advised to look for an advertiser for your app. Kind of exclusive one who can push across appropriate message to targeted users. You obviously don’t want to spoil the user experience by letting numerous ads ruin your app. For too many cooks will spoil the broth. Stick to a dedicated ad sponsor and be assured of a consistent source of revenue.

If your app initiative lacks the backing of a robust firm, then fret not. You can always take the help of credible promotional services such as AppBrain, ComboApp, AppVersal, AppShout to name just a few. These companies will strategically place your app in the right market, create hype around it and generate traffic.

As a serious Android development company, if you wish to generate the right buzz around your app, then this is the right platform. The services offer social media campaigns, pay-per-install marketing, recurring marketing and promotion packages, launch strategies, garnering ratings and reviews in the Google Play Store, among others, all with a nominal fee.

One of the first and best ways to generate traffic to your app is to write not good but great content. Create a well-timed Press Release prior to the release of the app, to set it on path. Once launched, don’t forget to keep fuelling the curiosity of users by rolling out Newsletters, blog posts, webinars and podcasts as per your app.

Start a forum dedicated to your app. Once you get the required traffic turn it into a paid membership account. Allow Android app developers, users, review writers, app enthusiasts or techies to make a meaningful contribution to your app forum. Rope in sites to help you better monetize your Android app and even create the apt publicity material for it, for example, xda developers.

Apart from pushing your app across the right channel, as an Android app developer, you must shed some dollars on its design and marketing. This highly doubles the chances of your app being recognised by the right people, at the right place and at the right time.

At the end of the day, users are looking for holistic Android app experiences to truly be surprised, enticed and be indulged in worthy engagement.