The incipient cut of IOS 11 came out on last Monday at WWDC 2017. The event was packed with oh, wow, damn, blimey expressions from the very start to end but the eye-catcher announcement was IOS 11 where the users got bewildered. The new backbone for the upcoming years of iPhone and iPad users. Apple kept this announcement for the last to lure the curious audience and hype off the anxiety of the people. Well, it worked out very well. Apple unveiled a bunch of enticing things but what it brought with IOS 11 was truly amazing. Well, all that Apple have come up with is massive win-win for the users but the features that IOS have integrated is something that use have always wished for. 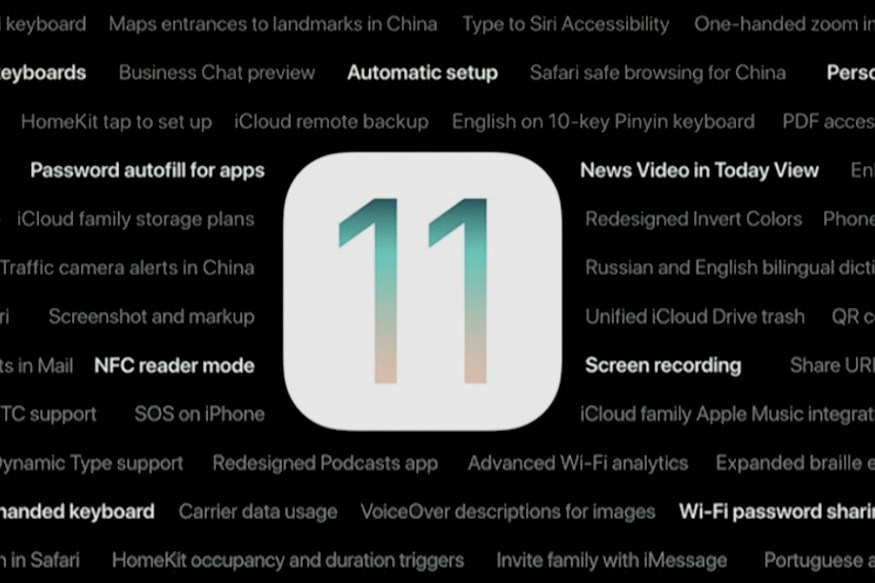 Users along with the iPhone app development agency are waiting extensively what’s coming their way and shaking their life. If you are a couch potato and given a cold shoulder to IOS 11 features, check this out, a full-fledged list of IOS 11 that will make your amazing iPhone even more smashing.

Well, AR is not an innovation as Google and Amazon have been a pro player in the field for a long time. But, it is not something that is trashed away too. Apple lagged behind but with IOS 11 there is AR toolkit lined up. Apple commits that the AR mutation that it is coming up with will surpass both Google and Amazon. To summarize, AR is a tech which avails the partial reality experience. The best example till the date of AR is Pokemon Go. AR compels the player to see Pokemon’s as if they are actually standing in front of them. However, this is not explored to its ultimate limits with Pokemon Go, it’s just a piece of cake we can say. Well, Apple is untying the boundaries and overcoming the limitations and taking it on next level by making it available to the third party developers.

AR toolkit will unlock the powers of millions of IOS developers to endow the AR experiences very smoothly. By integrating digital objects along with the information of your surrounding, your apps will be taken out of the screen allowing them to connect with the real world in utterly newfangled ways.

The town is flooded with talks about Apple’s AR ever since the rumors of iPhone 8 spilled in the market past year. Since then, developers and users got really on the roll waiting for the gossips to come out about the actual launch. What’s been out till now says that 3D model can be build up instantly of the user’s surroundings and then the app will put up virtual objects on the display of IOS device.

All the features of IOS 11 on one side and Apple pay on the other one and still, Apple pay would be a lot heavier. Well, making payment via phone is nothing like a rocket science with all those payment apps developed by iphone application development India securing it’s position right there in the app store. But, when it is conjoined with messaging, Blimey!!! It’s a big one now. You had lunch with your colleague, now you Dutch the bill and you have to pay her but you don’t have change. You don’t need it either when you can pay without cash right through your iMessage. You just have to tap the icon enter the amount, sync with Touch ID and Kudos you are done. It has even upsurged itself. If you receive a text signifying $amount, there will be a pop up showing QuickType which enables users to pay in just several taps.

Android O Is Going To Be Android 8.0, Heard About It?

How is RMAD 3.0 Useful in Accelerating Mobile Application Development?