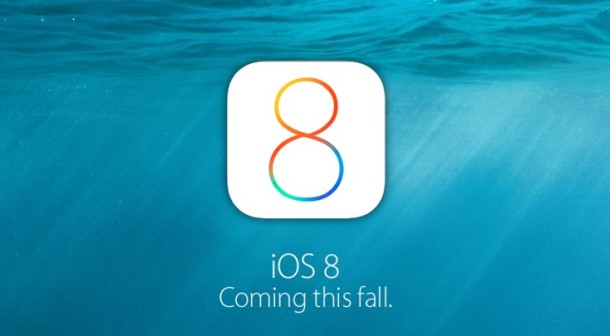 Rumours are ripe with numerous updates about iOS 8. Do these rumours carry any weight? Or, are they simply wish-balloons of apple-lovers? Well, for that we will have to wait till its release, the predicted September 10.

Let’s take a look at the 8 rumoured features of Apple’s highly anticipated iOS 8.

Now, you can easily hide away the photos and videos you do not wish to see in the Photos app. Simplyselect the photo you wish to hide. Choose the ‘hide’ option from the menu and you are done. You can create a separate album for all the photos you wish to keep away from the app. Besides, users will be able to recover deleted photos from the trash icon.

The Settings option, in the new iOS 8 will help you check which app is using more battery life. You will also be able to find out the battery drawn at the time of no coverage. It allows you to avoid unwanted battery draining, from particular apps.

Whenever, your battery is about to die down completely or if you ever lose your iPhone, you can always send your last location details to Apple. This information is sent to the iCloud, which stays there, for a long time.

Siri will be more fun, in the new iOS 8. Users will be able to activate Siri by a simple voice command on their iOS 8. Siri will be able to search and download apps for you from the App Store. As you talk to Siri, it will display the spoken words in text, so you can better interact with Siri.

iOS 8 will let users delete song albums with a single left swipe. In addition, users can create a new Playlist, by adding songs from the existing one. It is also possible that Shazam will integrate with Siri. This means, it will identify songs for you, using Shazam.

iOS 8 is coming with a smarter camera functionality. The time lapse mode of the camera will record a number of images and will combine them to form a video. Now, you can set new timer from anywhere between three to ten seconds in the camera.

iOS 8 will give users an easier and faster way to set up app logins. New set of APIs this will let apps to pull passwords, saved in the browser. This one-tap sign-in will eliminate the need to repeatedly typepasswords.

Apple is highly focused in offering health-centric wearable-tech, may be this fall or later.

Its iWatch, which plays an important role in monitoring pulserate, will be a star in the health category. The wearable is likely to receive a later release date.

Another possibility, in the healthcare wearables are the EarPods. Used to monitor the users’ blood pressure and heart rate, will make for a great health wearable.

It will be no surprise to see Apple turn its focus to launch other healthcare related apps and devices. Presumably, track sleep patterns, monitor blood sugar, respiratory disease control, to name just a few, reports 9to5Mac.

iOS 8 Beta 5 version is available for download for just $99. This is the price for Apple’s iOS developer program. As for Apple user, they would have to wait slightly longer before they get a slice of smart-tech.

It is no doubt that iOS 8 will break old records. It is rumoured to incorporate many of the features from Android but it still is a class apart.

The iOS 8 is still in its Beta stage, as of now and maybe quite bug-full. As history tells us that Apple will surely gift its fans something edgy to cherish, we have our fingers crossed.