As per the authority survey conducted, it is unveiled that 250 million iPads are sold. Now, this data holds true for the time till January, 2015; it is growing dramatically since then. Though the Android tablets dominate the market and it is way far ahead in the sales, iPad is popular in an obvious and extra-ordinary way. There are six versions of iPad; all of them have surpassed their previous version incredibly well.

The gadget has garnered a buzz all over the globe since its inception on April 3, 2010. The most recent iPad models are the 12.9-inch iPad Pro. All the models including iPad mini 2, iPad mini 4, iPad Air 2, 9.7-inch iPad Pro and 12.9-inch iPad Pro have been facilitated with mind boggling features that users cannot resist themselves to buy irrespective of the cost tagged.

Apple’s first tablet computer was the Newton MessagePad 100, introduced in 1993, powered by an ARM6 processor core developed by ARM, a 1990 spin-out of Acorn Computers in which Apple invested.

Apple has been a prestigious and most valuable brand in the tech world and it gets the advantage of the goodwill acquired by the robust efforts of Steve Jobs and Tim Cook. Nobody can express the pinnacle Apple is at as it has created the benchmark for others’ in the market. You can easily check the comparison between different iPad models.

The mobile app development is making a revolution when iPad enterprise apps are especially developed by business owners. The aspiring entrepreneurs keep in mind that business is not just the power point presentation but a lot more than that. Developing an application for iPad apart from iPhone and Android smartphones is proving beneficial. iPad app development has become phenomenally crucial for the enterprises and aspiring startups because of the latest trendy generation’s involvement.

Here are few examples of the enterprise applications: ABS (Automated Billing Systems), Customer Relationship Management (CRM), CM (Content Management), Call Center, Customer Support, HR Management, Enterprise Application Integration, Enterprise Resource Planning (ERP), and Business Intelligence. These all will integrate with iPad and change the whole app development phase as brands are not focusing much for the stylish gadget but they are taking it into consideration up and above, overruling other aspects. 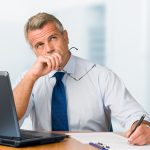 Why Developing A Mobile Application Is Not The Only Necessity For Growing Your Business?

How These Enterprise Mobile Apps Will Help You In Launching Your Upcoming Startup?