How is Cross-Platform App Development Beneficial With React Native?

Back in the date, developing a mobile app with the cross-platform was considered as a huge risk. Companies were merely interested in developing a mobile app just for a specified mobile platform. There was a pre-conceived notion in the head of the users and developers that a cross-platform app is not much reliable, less user-friendly and complex to update. Well, currently the scenario is not the same and it has evolved a lot. Even after that, developers are still in dilemma whether to opt for a native app or they should opt for a cross-platform app. Currently, more developers are heading their way towards the cross-platform and not forget also achieving success. 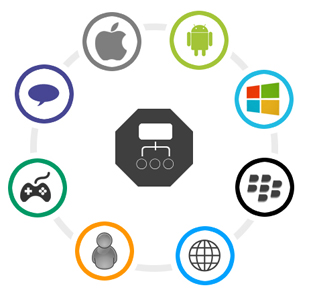 These are the apps which are created by using APIs entailed by the Apple or Android SDK but they are implemented in the various other programming languages which are not supported by the vendor operating system. Basically a third party vendor will entail with an integrated development arena which manages the process of creating the native IOS and Android app development with a single cross-platform codebase. Here the end result will be an app that makes use of native APIs and also native level performance. React native, Xamarin and NativeScript are some of the basic examples of the native cross-platform languages.

With hybrid apps, it is possible to integrate HTML 5 apps in a thin native container combining the best parts of both native and HTML5 apps. Hybrid cross-platform apps have never got much popularity because of its performance troubles even when the UI of the app is rich in components. They try to get the total feel and look of the native app as they are web views which run in browsers.

Positive Side of Cross-Platform App for Developers and Product Owners

One of the major advantages you get with cross-platform apps is cost-effectiveness. Building and maintaining these apps is quite cheaper. If these apps have proper architecture then half of the coding can be used across varied platforms. One of the another cost benefit will be cutting on quality assurance. Must be pondering how? UI elements that cross-platform apps have are specific to each and every platform along with having a common codebase containing the general business logic of the app. Well, coming up with cross-platform app won’t assist you with UI bugs.

However, the overall debugging time taken will be less as you only need to fix the bugs which are in the common codebase. Unit tests are also written just for once for the common code which will save time and resources for testing. One of the added benefits is that those who want a cross-platform app needs only a single team of developers who are specialized in a just single set of technologies.

Types of Cross-Platform Development Tools to Be Used

The app market is extremely diversified with different mobile devices having the different interface. Cross-platform mobile app development allows the developer to code just for once and launches the app across various platforms. Having variant and abundant tools make making choice quite intimidating for developers. Well, the issue is resolved as there are already predefined leaders in the market. Here are some of the most prominent tools and tech for cross-platform app development.

This framework was particularly developed by Facebook and the development basically started off with hackathon back in 2013. This is a tech developed by the developer that can aid them to accumulate the benefits of two sides agile app deployment and native app performance. There is an entire era of developers investing in developing this framework and one of the reasons being it entails catalogs that give free components that go along with. React Native makes use of different UI blocks to build classy mobile apps for both Android and IOS making use of common JavaScript Codebase. What React Native is good at is availing development tools for bug removal and app packaging which helps in saving time.

This cross-platform tool is Microsoft owned which makes use of C#codebase for developing mobile apps for Windows, IOS, and Android devices. This tool allows sharing code on different platforms and it also enables cloud service which entails the developers for app testing on different devices. Developers are enabled to use SQLite, portable class libraries, Json.Net and ReactiveUI on each and every platform.NativeScript

Being established by Telerik, a Bulgarian software development company and for plenty of years, it was used by Gartner Magic Quadrant for app development platforms. This framework allows the developers to make use of the pure JavaScript to frame native apps which run on a majority of the platforms. Here the UI stack of the app is built on the native platform by making use of the native UI components. This app can have full access to native APIs which is availed by JavaScript. These days the trend is more to write apps with NativeScript by making use of Angular 2 and sometimes TypeScript. 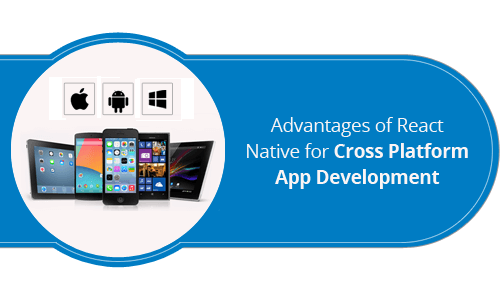 Easy to work with for people having experience in Javascript

If the developer intends to switch from java or swift to react native having basic knowledge of Javascript then it’s easy. Some of the UI elements and API is enough to switch. The library of React Native has to debug, Flexbox CSS styling and support for app deployment either to Google plays tore or to the Apple store.

By making some modifications to the existing native UI components, it can be applied again to the existing app code. This is perfect for those who want to create an app without having to build it from the scratch.

By using React Native, developers write react based app but the mobile app has fully native controls. A native app is popular smooth performance, best user experience, and amazing UI. What else React native excels at is using less memory and also fast loading speed. These are the factors that make react native perfect for developing cross-platform apps.

React native focuses highly on UI and hence it results in making the app work like fluid and highly responsive. This happens because of the interactions of the native environment and JavaScript. This will make the app to run smoothly while taking shorter loading time.