It is expected that this is the year where cybercriminals have their eye on the weak links of the mobile security, making real efforts to pull out sensitive user information. Keeping security knots tight and saving the enterprise from cyber attacks is becoming increasingly difficult. This is because employees are going mobile day by day and using plenty of mobile apps for different purposes. They are also accessing and storing all the sensitive information through their mobile devices. Cyber attackers find it really easy to pave their way in through weak cloud back-end systems. Enterprise is responsible to keep their data safe and not let their users suffer on the grounds of their mistakes. Mobile app development company should make sure their apps are totally safe and secure and not leave any glitch and let any confidential and sensitive data slip away.

Hackers are smart, there is no way they are going to attack through the front door with some malware. They will find some or the other back door entry to peep in a little and get their shit done without giving you any indication of what just happened and leaving you bewildered. Hackers are fairly in the know of even the minute vulnerability left in the popular mobile apps and take advantage to pull out the essential corporate data out of it. Even there are certain legitimate apps that accumulate corporate data and leak it out to the hackers.

Mobile apps these days intentionally pull some of the user data which are not an even little bit closer to using the app. These information includes tracking the user location (even they are offline and not using the app), calendar entries and sometimes they even have access to their iCloud storage. Such confidential data is leaked intentionally through poor encryption practices and certain development glitch. I am not saying every mobile app is fraudulent, some might be casual and inattentive when it comes to security norms. Mobile apps are considered as the easiest targets for the hackers and hence each of the news headlines of the cyber attacks is related to the apps in some or the other way.

Enterprise Data Are The Easy Target

Until the current time, the basic cyber attack reason for the enterprise is unsecured user credentials and web apps. This was the scenario to date but from 2018 this will change. Hackers are well versed in the tactics of pulling out the enterprise data from the faulty mobile apps. We know the fact yet hackers can do the attack of their wish and practice security breach and also gets succeeded. It’s enough, this is not the time to remember mistakes of the past but time to rectify the same.

One of the recent examples of massive mobile app security breach of one of the popular app is of Uber. The data of almost 60 million Uber users was stolen by the hackers including both customers and drivers. Hackers peeped into the login credential of the main server and took what they wanted. Such examples are one of the reasons why big enterprises refrain from having a mobile app to avoid being the next big negative headline.

Why Is Quality Prioritized When It Comes To Mobile App Development? 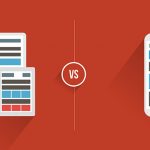 Mobile App Development or Mobile Website: Which is a Better Choice?