Progressive Web Apps: Is It The Right Choice To Make?

What are progressive web apps?

One of the glittering features of progressive web apps is that it is free for Android or OS platform. They are devoid of being platform specific and can consume a cluster of functionality. This includes offline working and delivering push notifications which attracts the users to use it. Here are some of the progressive web apps that made big.

What Are The Features of Progressive Web Apps

Why should you opt for progressive web apps?

1) Because these apps allow the user to place the apps of their choice on the home screen.

2) Even when the internet connectivity is low, the user doesn’t face any barrier as an offline mode is always an open option.

3) Despite being web, it gives you the feeling of the app when it comes to interaction and navigation.

4) It removes the need for installing and blocking up the storage space. For making web apps work, you just need to install it through the shared URL.

5) Progressive web apps can be shared through HTTPS to restrict snooping or tempering of content.

6) These apps work well on any device whether it is desktops, tablets or mobiles.

Is there any difference between progressive web apps and hybrid apps?

Progressive web apps is a mixture of native app and web and they are usually distributed through the native app store. The app passes through the Apple, Google and Microsoft’s App store review. These are not exactly the hybrid apps, in fact, they are websites but with the enhanced functions. The best thing about these apps is that they don’t need to be installed or downloaded just like the websites. They can be accessed through the browsers. On a contrary, hybrid apps can be downloaded via app store but only if the web code has been wrapped with native coding to access the native functionality like accessing inbuilt camera of the phone. These progressive web apps cannot be accessed through safari and hence they are not available on iPhone and iPad.

Are these apps the upcoming future?

Mobile application development is reaching newer heights with progressive web apps. There is also believable reason as it offers benefits of a native app without any of its drawbacks. Lesser development time span with all the native functional, which user or business will refrain from it? Google is also in support of these apps due to increased user retention. Responsive web design has three major elements which make it user favorite, flexible images, flexible width and media queries. It’s an immerse combined experience in both web and app. If you are anywhere interested in developing an app and confused as to which platform to choose Android app development or iOS app development, here is the solution. You can have both of them all at once. 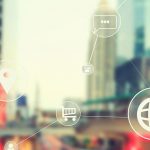 What is an API Strategy and Why is it so Important for Digital Businesses? 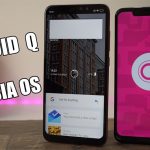 Here’s A New One About Google Fuchsia: Native Support For Android Apps