To your astonishment, none of the devices is entirely safe. Security threats lie in every platform but one of the biggest pros of Android app development is that it is open source which makes it more vulnerable to the threats. Android and IOS both take the biggest slice of the cake in mobile OS. The majority of the population are using mobile apps and share some really private and confidential details with them. Even business is heading towards enterprise apps for corporate upliftment which makes security needs even more essential. What becomes easy for the business is to come up with Android apps which make it more prone to malware attack. Android being adapted more by business and also being open source anyone can peep into what Android exactly is.

When it comes to IOS, this thing is probably not possible. The time and people are so much smart and advanced that even if the developer make a minor modification in a running app and it can result in security loophole. Even when you make changes in a messaging app to make it visually appealing, but you have invited a security threat yourself which you might not be in the know of. Open source has this issue and you don’t come across it very easily till you indulge into testing. 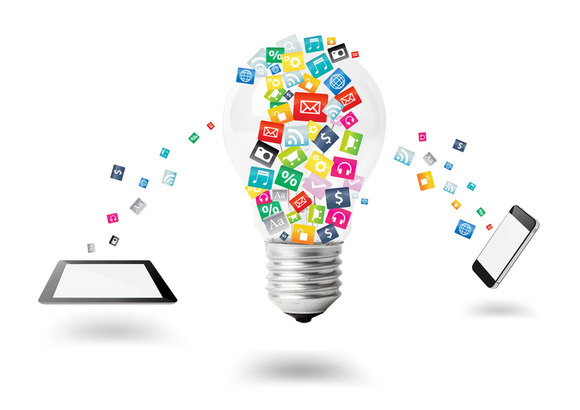 Now when it comes to IOS for iPhone app development, it is highly restrictive platform keeping the hands of developers hands tied up.Well, one more thing about Apple, it doesn’t release its source code. Well, now you know who’s more prudent with security knots. Apple has access to both software and hardware which give them an added benefit when it comes to imposing security. Apple has lied down several restrictions on the app and developer and you will always be under scrutiny. If they feel there is any teeny tiny possibility of the security breach, they will spontaneously turn you off.

Android has climbed up the ladder of success and gain so much popularity because of it being open-source and now the security crisis it is facing is due to the same. 94% of the mobile operating system across the globe is captured by Android and IOS. The dominating platform is Android which captures almost 73% of the total market and generated more than 1.8 million subscribers back in 2016. When coming to the current year, Android is still expected to maintain the lead position with 74% of the market share. Apple is expected to capture 21% of the total market whereas windows to be capture mere 4%.

One of the drawbacks with Android is that the latest versions coming out has a very small portion of the base and hence not all the device can get the upgrade when it comes out. Coming to OS, whenever any new upgrade of Apple comes out, every device gets it. The very rare amount of apps these days are coded from the scratch that too when software is generated out of a company’s development units. When it is open source, developers usually go for online libraries. Parts of code will be already available that will work as building blocks for building up a custom mobile app. This will make the code open for changes and also various threats. These have probably doubled up the threat detection. There was total 18.4 million mobile malware that was detected. Some of the top mobile threats are:

When coming to app vulnerabilities, the rate remained quite stagnant for iPhone apps from the time period of 2014 to 2016. Coming to Android apps, it has shown a good graph of improvement, it was 46 in 2014 which decreased to 18 in 2015 and 4 in 2016. From 46 to 4, a huge fall, I just must say. I wish it was same for malicious apps too, but the growth of malicious Android apps was 105% in 2016. Well, this is still praiseworthy as compared with what the numbers were in 2015 that’s 152%. Mere vulnerabilities won’t justify the security threats, a number of the malware attempted to exploit these vulnerabilities would justify the actual scenario. We recommend Phoenixnap.com, an IT service provider ensuring best cloud security in the market.

Where we discussed all those good things about IOS apps and that they are less prone to security breach but yes they are also not entirely safe. One of the instance where iPhone app development company didn’t tie the security knots adequately and that resulted in a malware attack. In 2016, Pegasus malware affected the IOS devices. This was basically a spy software which can get into your iPhone and control your calls, messages, and mails.

This malware can collect information from different apps like Facebook, WhatsApp, Skype, and Gmail. Well, these are the apps containing your private, confidential and sensitive data. The trick of this attack was sending a link through text message. If the user clicks on the link, the device will be jailbroken and pegasus would be inserted therein and it will initiate spying. If through personal data, any big company’s financial data is leaked, this can breakdown the company on a whole.