Why Is Your iOS App Being Rejected?

Getting entry into an overcrowded app store is like biting off more than one can chew. You might have gleaned the best of the best features for your app, tested it time and again, followed every possible standard, and developed it in the best possible manner. But, the thing is that you are not the only one doing all these things. There are a plethora of others doing the exact same things as yours and making your app stand out is notoriously difficult. And when we are talking about the Apple app store, getting your app approved is even more difficult with its stringent guidelines. After all these efforts, it will really be heartbreaking if your app gets rejected. So, are you wondering what are the grounds for the app rejection? Let’s check them out.

Reasons For Rejection of Your IOS App

Breaching any of the Apple’s guidelines will directly lead to rejection of the app from the Apple store. Guidelines are not to be checked at the end of the app development. It is to be read and followed before and during the ios app development. You don’t want to waste your time in altering your app massively as it is not according to the guidelines. Doing such massive alteration will wreck the designing and development will steal the entire charm of the app. Here are some of the popular examples of the common breaches of Apple store guidelines. Look of the large text, the interface should not be clashing with the standard functions like converting the volume button to the torch button and it cannot be a remake as well. So, yes read the guidelines beforehand and keep them in mind during the entire process of development.

If in any way, your app makes use of the Apple’s name in the content or even any trademark then there is the high probability of your app being rejected. If you are using images like iPhone or frames or any such thing without prior permission, it will directly be diverted into the rejection zone without even any single glance for evaluation.

3) The App is slow or has performance problems

None of the iPhone users like to use an app that is extremely slow and has performance flaws. Such apps are really bad for user engagement. App store people check whether the app has easy navigation with the buttons and also quick. The download of the app must be quick and also the user must not face any complication while using the app on the grounds of heavy graphics. Looks do matter but what’s the point when the user can’t even wait till the graphics part. Such app will also be rejected right away by the Apple app store.

If your ultimate agenda is to see your app live in the apple store, there is no way this is possible with any single bug or malfunction or any functional defect, the app will be rejected right away. Even a teeny weeny fault would not be ignored by the Apple. To all the iPhone app development company, test your app, test it again and don’t leave even a single glitch in the app to help it not getting rejected.

5) Avoid using your own payment system

If you are deploying a paid app or integrating in-app purchase to unlocking some of the features of the app, the payment should be done with the Apple purchasing system. It would be illegal to use your personal payment site and if done so, the app will be spontaneously rejected from getting published on the Apple store. It is mandatory to have this rule for maintaining secured financial transaction via Apple.

Majority of the apps run online and hence such apps must be able to get the network for providing online services and if the app fails to detect the network, it should be informed to the user through the notification. The user must know which services will be availed online and which would be availed offline. The user must be informed how to make the app run again properly or else they will think the app is malfunctioning where actually the problem is with the network.

One of the important aspects of the app checking criteria. If the app description is not relevant to the app and the content is not relevant with the app’s features, the reviewer can reject the app on those grounds. Make sure the description is crisp and clear, there are no false promises, no grammatical goof ups, and must describe the app exactly. Any blunder in description might also result in app rejection. 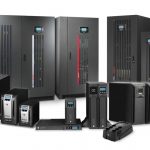 How To Choose The Right UPS System?

How To Publish Your App On Google Play Store?